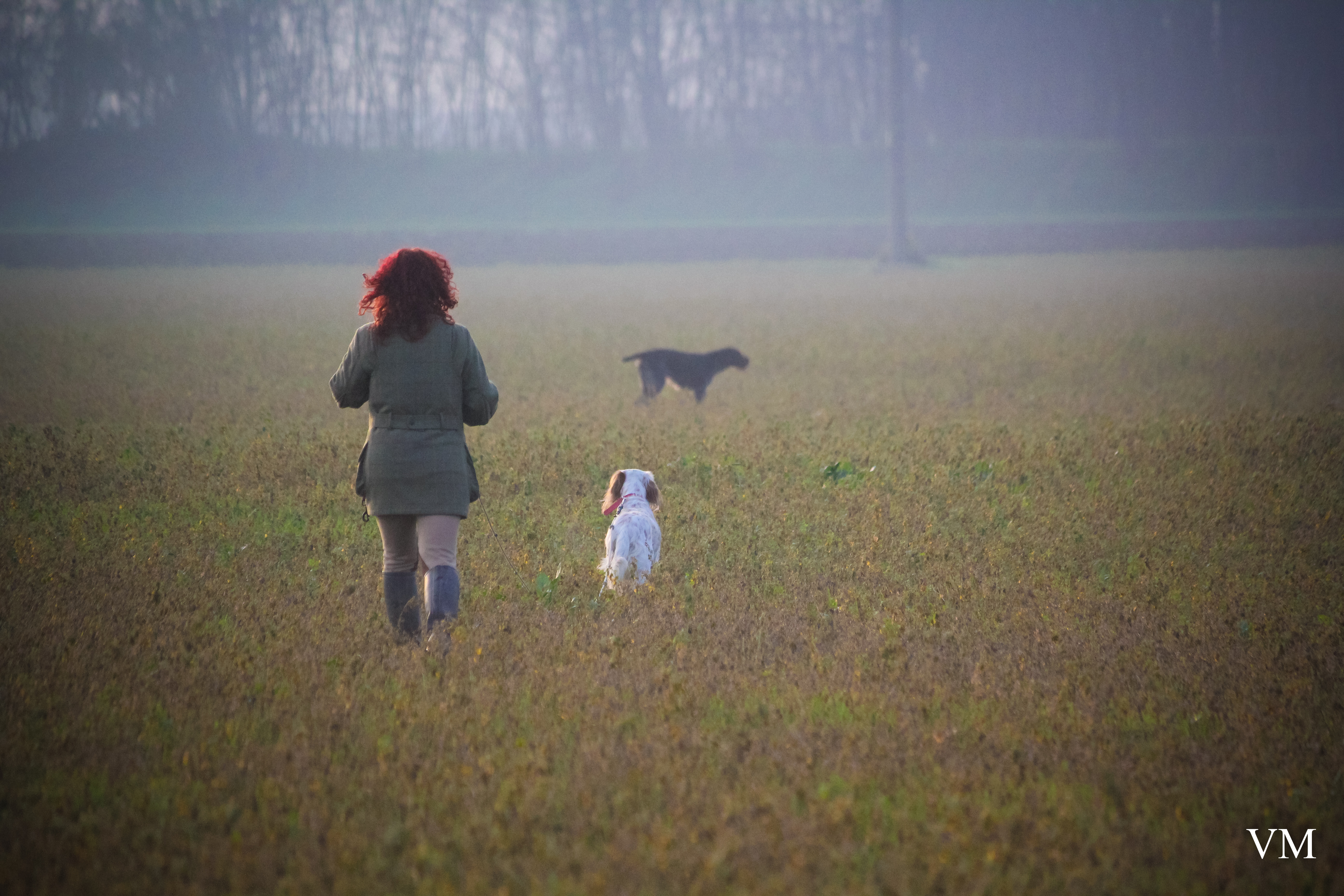 Tok Mostert, a Professional Hunter from South Africa, now living in Sweden,  is sharing his writings on dog training with us. You can start reading them from Part 1 here.

We are Losing Legendary Methods (Fieldwork 3) – By T. Mostert

In hindsight, I should have been able to read Flake better when she was younger. I was so focused on getting her to do what I wanted that I neglected to see the little signs she gave of her natural ability to find birds. I took many photos of her as a pup and now, when I go through them, I find several photos that show she was pointing, or was interested in a bird. Never be so focused on what you want your dog to do, that you forget what the dog can already do. If I had just made the effort to get some help she would be much, much further than she is today, not that I am not happy with where she is today, she is a incredible little dog.
Feather training is one of those things you either believe in or you don’t. It is no replacement for birds, but to teach a young dog to be steady and sit to the flush it does have its place. As said before, I made a mistake in teaching Flake to run a pattern simply for the sake of running, instead of giving her a reason to run a pattern. The very first field test I went to was a complete disaster, two days of running on fields and no one bird pointed and believe me she had the opportunity several times. I was basically stuck with a dog that would cut a field to shreds but did not know why she was doing it, running and hunting are not the same thing.

This is when I realized I needed some expert help and like we all should do, I looked for the best possible person to help me, a Legend. I also realized I needed my own birds and we built a enclosure and stocked it with some partridge. The first time I met Sten Rönnerling, he was out on a field, he was busy placing out partridge to train his dogs. I had heard of placing out birds, but I had never seen anyone do it. He was a friendly man and by his firm handshake I knew those where not the hands of a talker, he was a doer. Right off the bat he told me to tag along with Flake on a leash while his pointers were running in the field on placed birds. Sure enough his dog went into a solid point and Sten instructed me to bring Flake in, slowly behind the pointer so she could pick up the scent of the bird. I did not notice it, I could not read her yet, but Sten immediately said she has the scent when I was six meters from the pointer, he can read a dog! The pointer flushed on command and they made quick work of dropping the bird from the sky, I gave Flake the sit instruction the moment the bird lifted.
This is how we carried on for several more birds, at one stage we even leashed the pointer while on point to try and slip Flake into his place, the bird flushed by itself and made our plan unsuccessful.
We did this on several occasions, I started using a longer leash so we could slip her in tight to the pointer, it did not take more than 5-10 of these placed birds before Flake understood what was happening. This was the point where Sten decided that she had had enough and that we would or could turn her into a point stealer if we would have continued slipping her on the pointer, that is experience. What we did now was to follow at a good distance and once the pointer took a solid point we would move on from maybe 150 meters and get Flake to see the side profile of the pointer while on point, the moment she would display backing or mirroring we would stop, some days this would be at even a 100 meters out from the pointer. I need to back-up a little here and make it clear, Flake had already pointed pheasants and grouse before I started with Sten, but this was infrequently and on some days she would simply run right over birds. 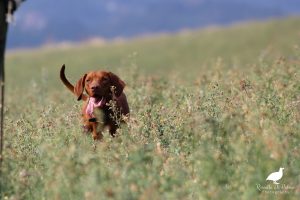 Back to Sten. It was the third time I went out to Sten when he decided it was time to place birds for Flake. We placed three partridge out on the field, they were spread pretty far apart, and we let her go. Sure enough, it did not take very long for her to go into a solid point on one of the birds. Here is where placed birds are extremely valuable. I walked up to her slowly and told her to be steady when I was a few meters away, I kept saying steady, steady until I could lay my hand on her and say good girl, girl. Now is the time to heap praise on them, right there and then is the best opportunity to reinforce that what they are doing is what you want them to do! I then took a few steps back and to the side, called her name once and gave her the flush command, while doing this I also moved briskly forward. The bird took to the air and I whistled the sit command. It all fell into place perfectly.
She managed to do the same on the other two birds we had placed out.

Two weeks later Sten had a couple of clients from the north of Sweden who came down to work their dogs on birds. He had placed out several birds and there some wild birds in the area too. I was just going to tag along with Flake on a leash to gain more experience. After about a hour the guests’ dogs had not found one bird and Sten told me to let Flake off leash and let her run. It took no more than two minutes before she just stopped and went into a solid point. I waited for the guests to get into a suitable shooting formation and once they were in place, I gave Flake the flush command. Up went the bird, whistle, down sat Flake and boom, bird dropped from the sky. Flake had marked the bird and I sent her to retrieve it, good retrieve delivered into my hand. That right there was one of the proudest moments of my entire life! She was finally on her way to becoming a bird dog! 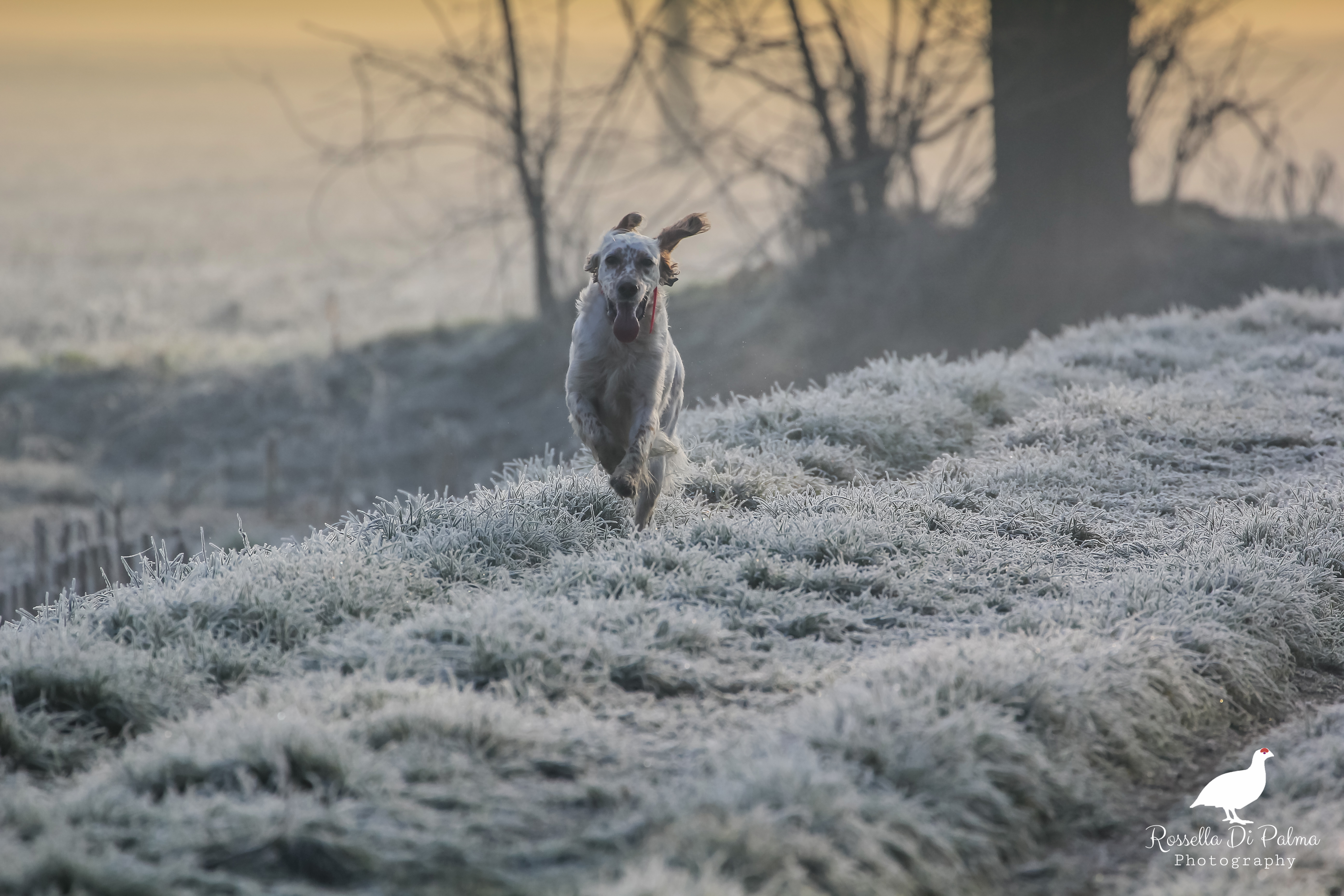 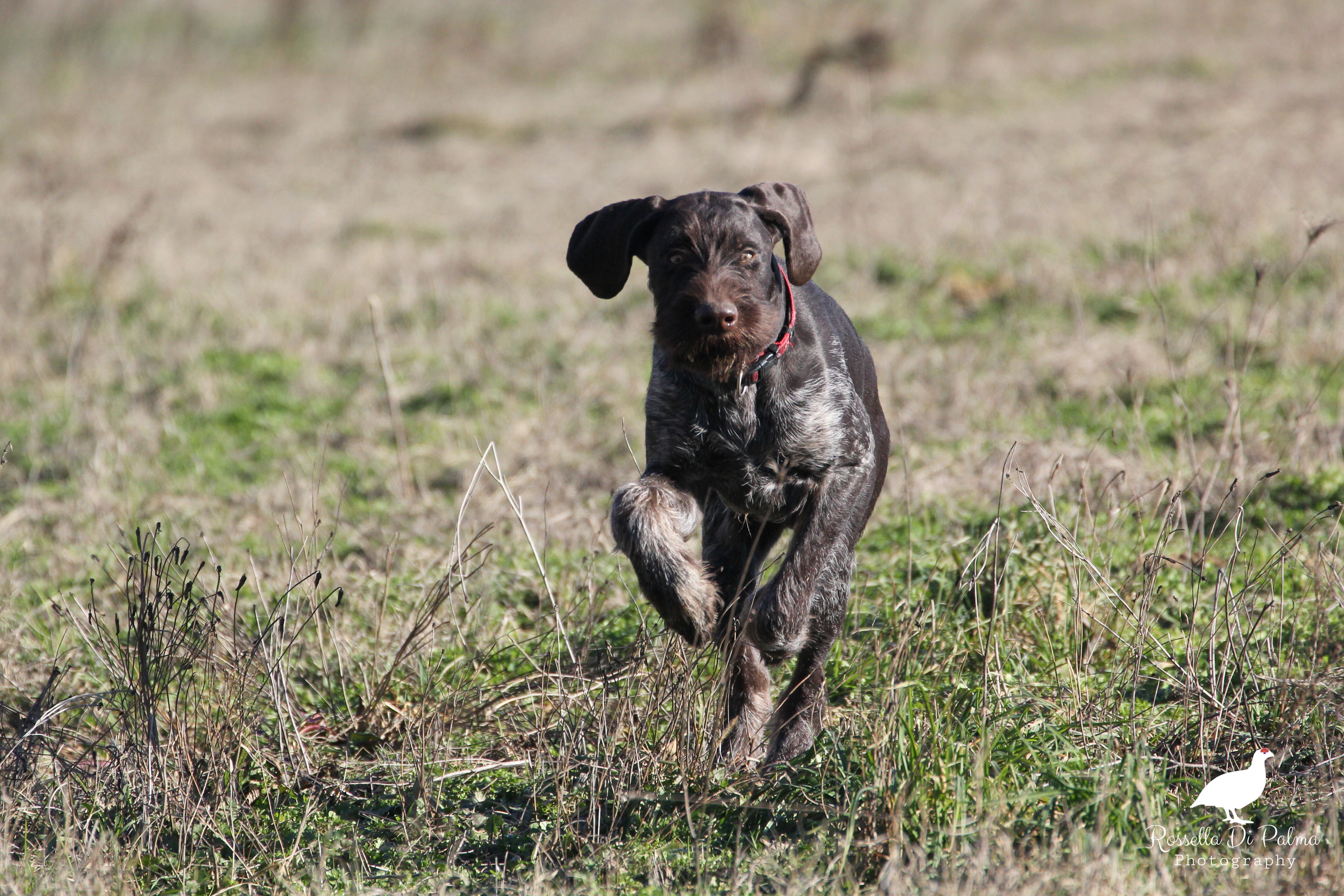 Do you click with your dog? – by Tok Mostert 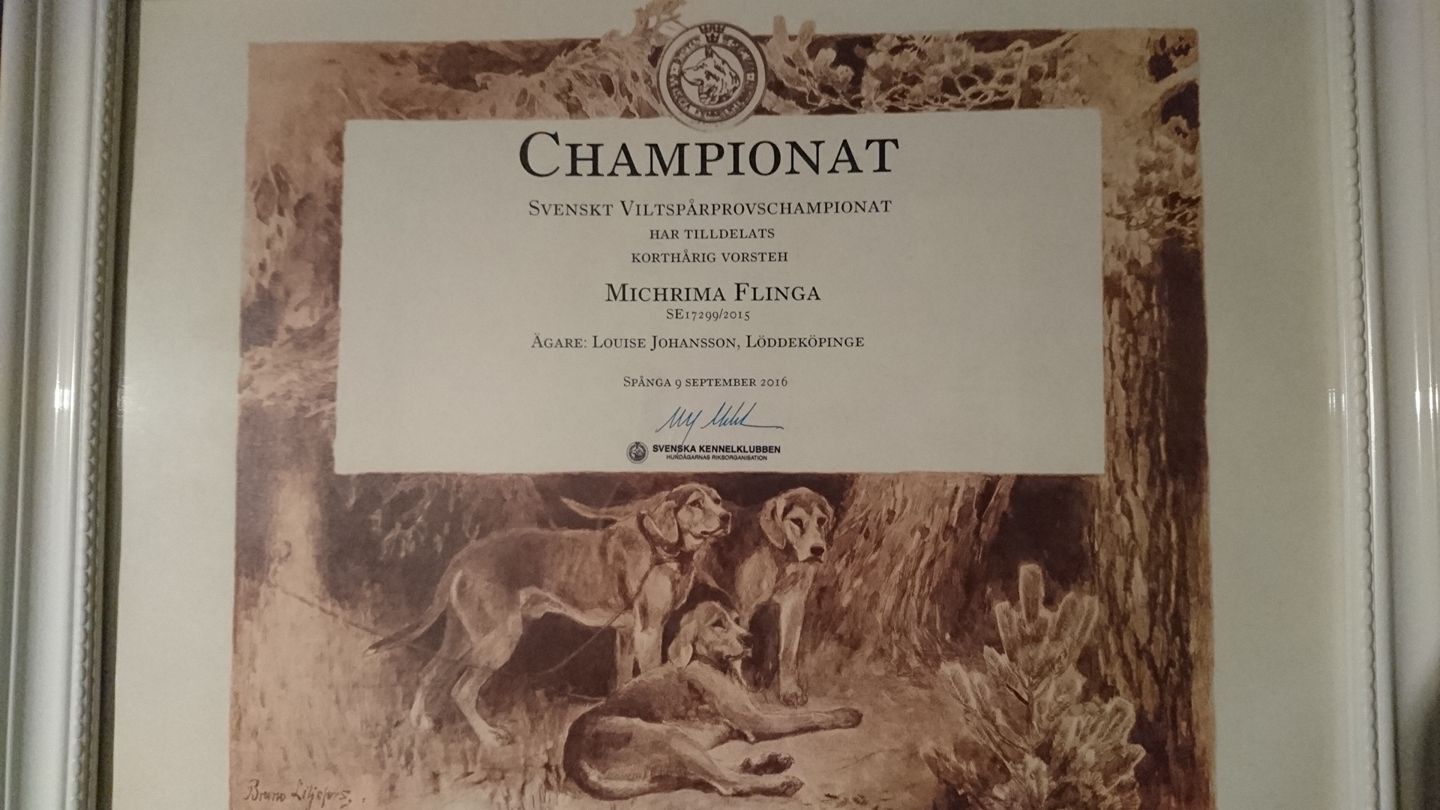 We are Losing Legendary Methods 2 – by T. Mostert